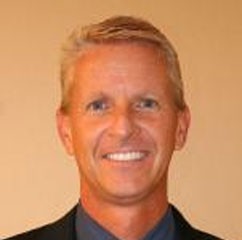 David K. Beyer, Managing Member, has been a licensed insurance broker since 1990. He co-founded Pacific Bay Insurance Services of South San Francisco, then later, co-founded eSeed Capital in San Francisco in 2000. He began doing Alternative Risk Treatment work for the insurance industry in 1993 and by early 1995, started work on understanding, identifying and framing new risk(s) for the emerging Internet/World Wide Web marketplace. He has over 2 decades of experience working with cyber insurance products and has led several product development teams in creating and bringing to market new insurance products that are now widely used throughout the global insurance industry.

For example, in 1994, David worked at Sedgwick in San Francisco where he helped create a new insurance and financial instrument product called “Pecuniary Loss Indemnity” for the film and entertainment industry. His work in the film industry led him to become the first person to apply the concept of “Completion Bond Financing” to the interactive video game industry in 1995. As VeriSign’s first insurance broker in 1996, David gained extensive knowledge of the internet’s infrastructure and helped to develop the world’s first E&O policy for an internet specific company. He led the development of VeriSign’s “NetSure Protection Plan” an insurance-backed performance warranty and the first of its kind for an internet company. Some of the exposures covered such as “electronic compromise,” became the foundation for Security Breach Liability, Privacy Liability and Reputational harm products and were precursors to today’s cyber insurance products. He further developed several new and unique insurance products for technology companies and continues to do so today.

David graduated from the California State University of Chico in 1988 and holds BA degrees in both Psychology and Sociology. 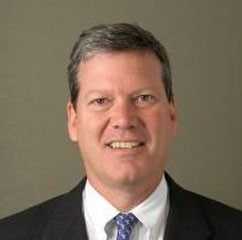 Sandy Hauserman, Managing Member, is an attorney with 28 years experience in the insurance and reinsurance business. Sandy worked for Guy Carpenter & Company, LLC for 20 years, the world’s leading reinsurance intermediary, where he ran the Environmental Liability Specialty Practice, was a member of the Professional Liability Specialty Group and coordinated their Digital Risk Initiative. Sandy was instrumental in putting together the reinsurance capacity supporting many of the current digital risk insurers operating in the marketplace. As part of the Digital Risk Initiative, he worked on internet, critical infrastructure and cyberterrorism issues with such public-private groups as, the CIAO, The National Academy of Engineering, BITS, and the President’s Critical Infrastructure Board including helping to write the insurance/reinsurance section of the National Strategy to Secure CyberSpace released by the White House in February 2003.

In addition, Sandy developed and marketed a new reinsurance catastrophe product for the accumulation of cyber-risk exposures, called a Cyber Hurricane. Sandy also spearheaded the firm’s exploration into emerging issues such as nanotechnology, climate change, e-waste, and alternative energy and has written and spoken on these and other Digital Risk-related issues. Prior to joining Guy Carpenter, Sandy was a Facultative and Treaty underwriter at San Francisco Reinsurance Company.